The nominees for the 2009 Joe Shuster Awards were announced recently. Here is the official site. Darwyn was nominated for outstanding achievement in several categories such as cartoonist for “Chapter X: The Greater Good” that appeared in the Justice League: New Frontier Special #1, and for The Spirit #12; writer for “Dragster Riot starring Robin the Boy Wonder”, “Wonder Woman and Black Canary” Justice League: The New Frontier Special #1, and Superman Confidential #11; and cover artist for The Spirit #12. (all published by DC Comics and they should be available at your local comic book store!) Also pictured after the covers to the aforementioned comics is the poster Darwyn made for the second Shuster awards a few years back. 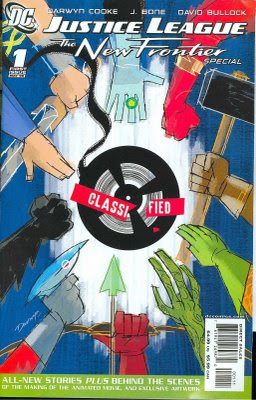 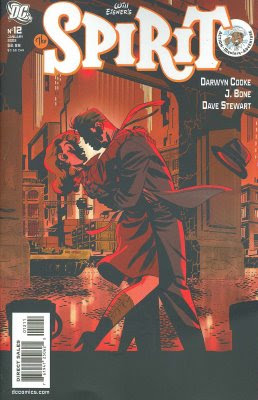 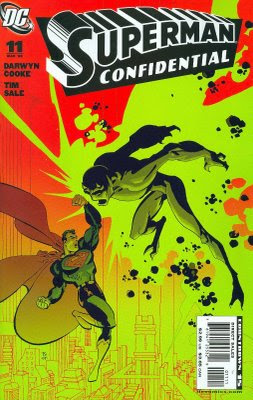 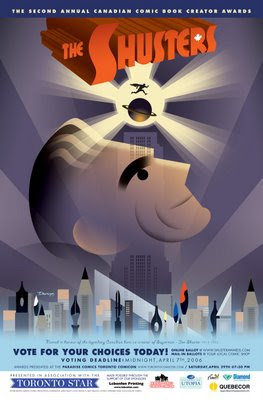 Winners will be announced at a public ceremony in Toronto on June 27th, 2009.

and as mentioned here, Darwyn's next couple of convention appearances are all north of the 49th parallel. The first being in Calgary at the Comic Expo taking place on April 25th and 26th. The other being the Toronto Fan Expo - August 28-30.
Posted by Calum Johnston at 8:09 PM

Better clear off some space on the shelf Darwyn!