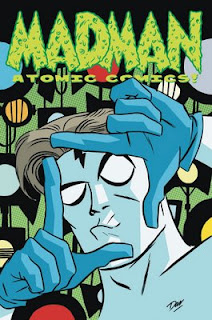 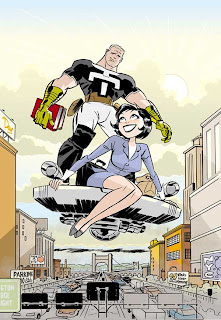 Darwyn is still exploring the sunny wilderness of the southern states and won't be at the New York comic-con this February. I'll try to let you know when and where he'll be appearing during the convention season. I'll be at the NY con, likely with some copies of his Retroactive artbook tucked under my arm, too!
Posted by Calum Johnston at 9:52 AM 3 comments:

old stuff (hopefully new to you)

I was going through some old photos and found a couple I thought I'd like to share.
First up is Kirk MacLeod. He works for the UN in the Development
and Training section and as you might imagine, has to travel a lot
in his work. He often brings his comics with him and sent me this wonderful photo. 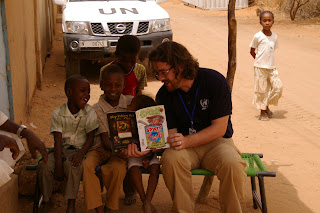 Kirk wrote: "Check it out - the Spirit in Darfur, Sudan.
I ended up giving the issue to the kids in the photo - they loved it.
If you guys could pass this on to Darwyn that would be very cool.

this is Darwyn with Steve McNiven in Halifax at the wonderful Henry House pub after an event with my comic shop. 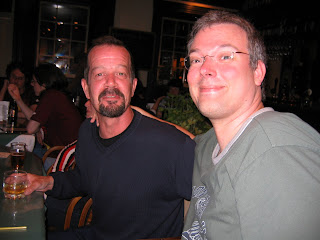 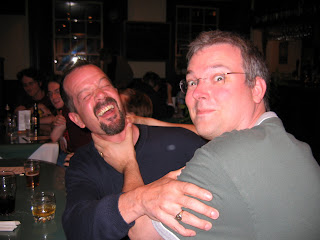 and a couple of sketches from Free Comic Book Day 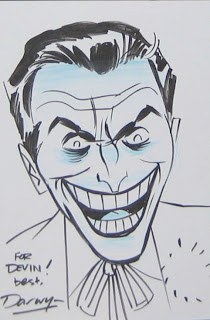 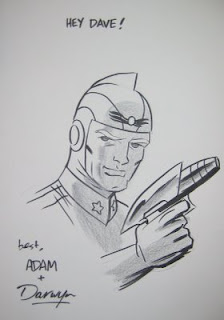 that's it for now - I'll be back next week. This weekend I have to finish the Previews orderbook and watch "The Outfit" - almost a Parker movie, starring Robert Duvall and Joe Don Baker (of Mitchell fame!). It's supposed to be pretty good with many scenes taken straight from the Stark books. I hope you all have a great weekend and spend some time with some good comic books.
Posted by Calum Johnston at 8:56 PM 2 comments:

Here's a new one by Darwyn. Remember, kids, smoking is bad for you! 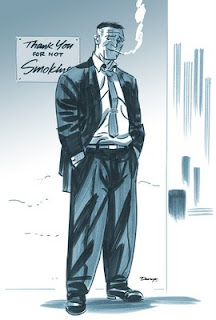 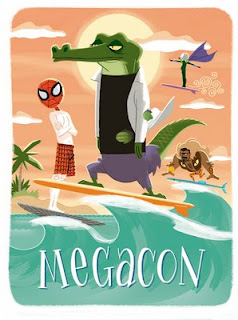 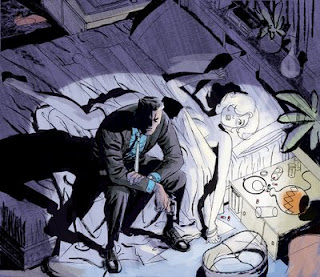