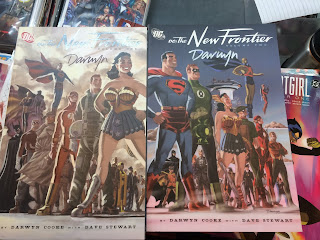 We recently got in a collection of books that included a set of New Frontier softcovers signed by Darwyn.

In my opinion, a signature adds no value but it is a cool thing to have, so we're giving the set away in a random draw.

Send a postcard, yes, an actual postcard in what's called "the mail" (preferably a picture postcard that shows the town or city or country in which you live) to:

We'll put all entries received by June 30th into a box and draw the winner on July 1st.

No purchase necessary, other than the postcard and postage, enter as many times as you like, open to residents of Earth. We'll cover postage with tracking anywhere in the world but you do have to post a photo when you get them and let us know.
Posted by Calum Johnston at 4:13 PM 2 comments:

Darwyn tribute panel this weekend at TCAF in Toronto

Hi, folks. Cal here.
The wonderful Toronto Comic Arts Festival is coming up and there's a tribute panel on Darwyn on Sunday May 14th.
10:30 AM, at the Forest Hill Ballroom, Marriott Bloor-Yorkville
Darwyn Cooke Memorial Tribute Panel – Legendary creator Darwyn Cooke passed away one year ago on this date. He was an icon and a Torontonian. Join friends and peers of Darwyn’s as they share stories, discuss his work and celebrate his life and legacy. Featuring: Steven Manale, J. Bone, Brian McLachlan, Michael Cho, Mark Askwith, Sean Phillips and friends.
Get the full scoop on TCAF and the rest of the programming here:
http://www.torontocomics.com/whats-happening/programming/
Posted by Calum Johnston at 10:33 PM No comments: 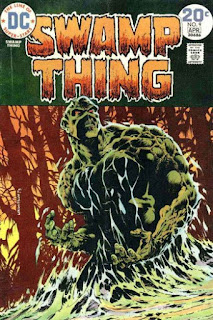 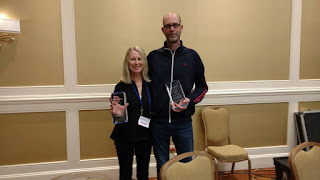 Comicspro, the comics professional retail organization, is holding their annual membership meeting this weekend in Memphis, TN and Darwyn was named as the recipient of the 2017 Industry Appreciation Memorial Award. Pictured are Darwyn's brother, Dennis Cooke, who accepted the award on Darwyn's behalf; on his right is Karen Berger who was the recipient of the 2017 Industry Appreciation Award.(photo by Ralph Mathieu)
Posted by Calum Johnston at 6:57 PM 2 comments: