in my opinion, Jimmy Palmiotti and Justin Gray are two of the better writers working in comics today. Just check out their run on Jonah Hex as a "for instance". Their new series "The Last Resort" comes out this summer from IDW and from one of Jimmy's posts on the newasarama blog, "Justin and I are working on called THE LAST RESORT for our good friends at I.D.W. The artist is named Giancarlo Caracuzzo and we think he is a brilliant storyteller. It should ship this summer and at its most basic, it’s about a bunch of people from all walks of life dealing with a biological accident on a tropical island." He also posted a couple of interior pages here and here.

So why should this concern you Cooke fans? Here's one of the covers to the first issue (the other cover will be by the awesome Amanda Conner): 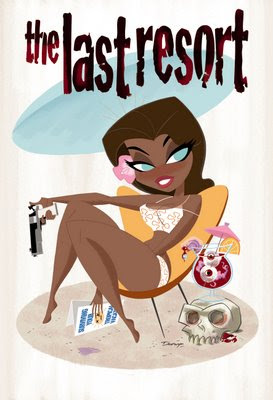 and if you have a few moments, peruse Jimmy's highly entertaining blog 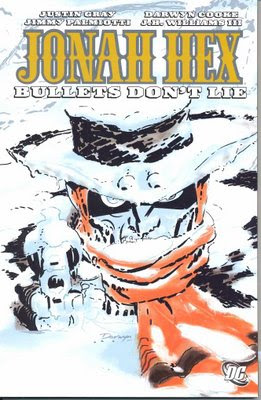 and arriving in stores next Wednesday is the new Jonah Hex collection entitled "Bullets Don't Lie!" Written by Jimmy Palmiotti and Justin Gray and illustrated by some tip-top talents including Jordi Bernet, J.H. Williams III and our own Darwyn Cooke!
Here's the info according to publisher, DC Comics: "Issues #31-38 of the acclaimed Western are collected, including tales illustrated by Darwyn Cooke and J.H. Williams III! In this volume, Hex joins a posse and hunts a gang of killers. Plus: Learn the reason why Hex wears a Confederate uniform! 144pg. Color $14.99 US" 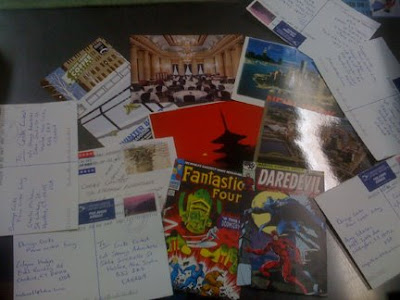 Finally this week - it's the contest winner! I have a little pile of cool Cooke stuff such as a Red Menace #1 variant cover signed by Darwyn, the New Frontier poster as well as some New Frontier promo posters and I put them up for grabs in a postcard contest. A couple dozen cards were received and the winner, drawn by a random customer at the Strange Adventures comic store, is Levi Stahl of Chicago, Illinois! Congratulations, Levi! I will get the stuff sent out this weekend along with some other goodies we hope you will like! I like free contests and love getting mail, so expect another postcard contest to be announced in April. Keep reading comics!
Posted by Calum Johnston at 4:18 PM

Thanks for the good news! I'll be looking out for exciting mail!

Congrats Levi!
Hex is a great series, and Jimmy and Justin manage to get top talent on every issue!