Two more nifty entries in the Draw Parker contest. The first is from Chris Stone of Toronto: 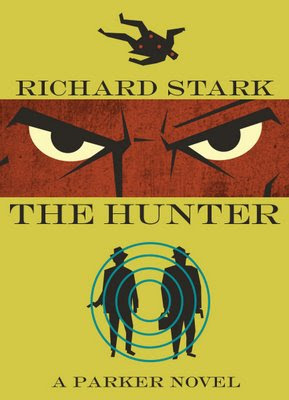 and the other is from U! (aka Uriel A. Durán) who is an illustrator from Mexico City. Uriel writes, "I've been following your blog from its Livejournal feed,and since I'm a fan of Mr. Cooke's work and a sucker for crime stories I thought it would be fun to submit a little something for the contest.So here it is:" 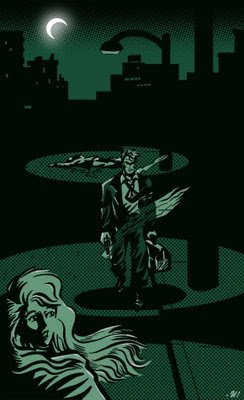 Uriel has a website here and a "sketchlog" here.

and there's still time to get your entry in! We're accepting submissions up to July 16th. Darwyn is off to San Diego the week after for the debut of The Hunter. I know he'll be signing at the IDW booth, in fact they promise "daily appearances"; and maybe elsewhere. I'll see if I can find out.

Also in the news as far as new releases go, the Absolute(ly lovely) New Frontier is back in print and should be arriving in your favourite local comic and book stores today. A gorgeous volume with loads of extras.

In other news, we are getting very low on the Retroactive book so if you don't have one yet, get it soon.
That's it for now. Get your Parker done and send it in!
Posted by Calum Johnston at 9:38 AM