This Parker came in from Amsterdam thanks to Joscha van Deijk: 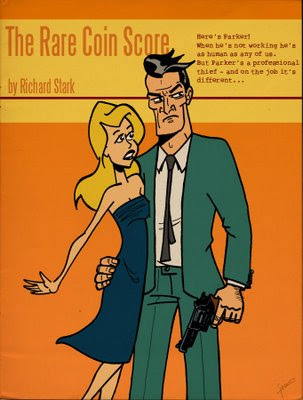 Joscha also mentioned, "Thank you for this competition, some of the contenders are really great!"
Thank YOU for the submission! Joscha also has a blog here with more illustrations.

Kel Winser sent along this note:
"I come from the UK and live in Brighton. I have been drawing comics and cartoons for years and have self published to sell at cons and fairs. I am a High School Art Teacher in the real world and will always use the medium of comics for educational and entertainment pursuits! I first came across Darwyn Cooke on the six issue DC: The New Frontier serial. I have been a fan since then and his art has had a great impact on my own practice, in and out of the classroom! It has been a pleasure to work on an illustration to celebrate the release of his new book which I am really looking forward to! Thank you and please check out my own blog messyfingers.blogspot.com, cheers!"

Thanks, Kel! Here's Kel's entry in the Draw Parker contest: 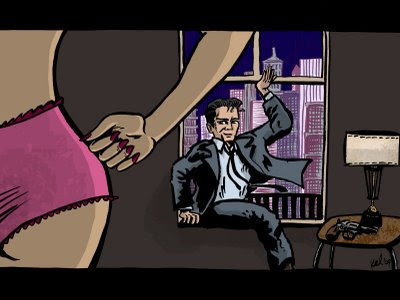 and the last one for today is from Francesco Francavilla who adds,"I did this when Stark passed away. Coincidentally, in that same week, also legendary Shadow illustrator Cartier passed away, so I decided to pay tribute to both with this ‘fictional’ cover." 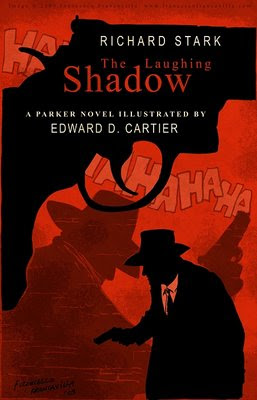 Francesco may be best known for his work on the Zorro series (which should have a link like this, but the site seems to be non-responsive). He has also worked on Jason Aaron's remarkable Scalped series as well as his own Black Beetle and more. Check out pulpsunday and his website for more cool stuff.

"and finally in news...."
Friday at the comic-con looks to be as amazingly busy as the Thursday schedule. Darwyn will be the host and the subject of his own panel at 2 pm in room 4 on the upper level of the convention centre. The description from the comic-con is as follows: "IDW: Darwyn Cooke— Awarding-winning cartoonist Darwyn Cooke discusses the evolution of his work with Scott Dunbier (IDW), including new and upcoming projects, such asParker, a graphic novel adaptation of noir crime fiction author Richard Stark's (aka Donald Westlake) protagonist." For the rest of Friday's schedule click here.
Posted by Calum Johnston at 12:34 PM