Courtesy of the Parker brothers, Brandon and Quinten: "here are our interpretations of Parker Prime, from whom Parkers the world over derive their strength from." 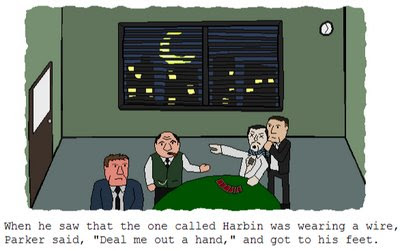 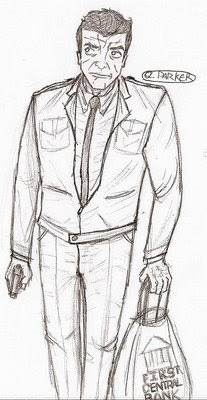 Barry McWilliams is a designer working in tv, living in LA. and he adds, "I've been a huge Darwyn fan since New Frontier and I can't wait to get my hands on a copy of his new book." 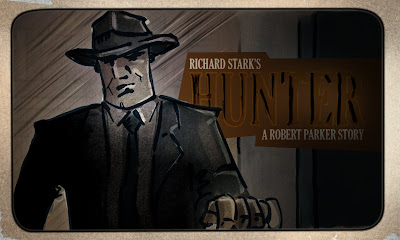 Didier is a French designer living in Hong Kong. He writes, "I have been a fan of Mister Cooke's work. Here is my entry for the contest. I have to say that I haven't read anything about Parker ( excepted some quick google stuff ) and I am looking forward to read the Graphic Novel. This was the opportunity for me to try my new tablet PC with pressure sensitive pen and also a style I don't usually do!" 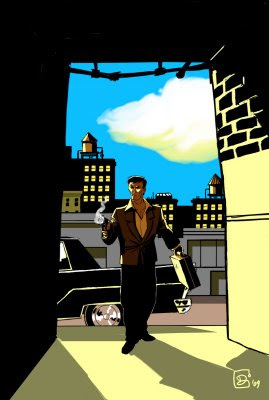 You can see more of Didier's work here.

And Ben Jeddrie sent in this note accompanying his version of Parker, "My name is Ben, and I live in Halifax, Nova Scotia, although I have also not. I draw for various purposes, but mostly for myself to do. I like ice creams and short walks on especially sandy beaches (without shoes). I enjoy greatly Mr. Cooke and the work he has done. My Parker drawing is inspired by the opening line of 1974's "Butcher's Moon", the last of the series before the long hiatus. It was done, as seen, in the style of paperback illustrations, which I like to see, and with occasional thoughts of Harvey Kurtzman. Who, I believe, helped it to live more." Big thanks to all the folks who have sent in submissions - they are wonderful and Darwyn is going to have a tough time picking his favourites.
Posted by Calum Johnston at 12:06 PM

I really love this one. A very unexpected and unique take. Peter Kuper meets Stark. Bravo.