not much going on this week but there were several posts of interest from all over the interwebs...

as mentioned in the comments last week, Darwyn helped with a marriage proposal at Megacon. Details here and you can see the proposal take place here! 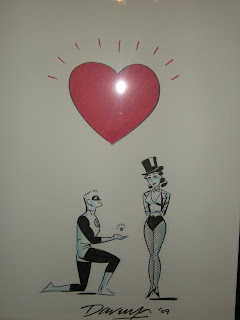 and Michael Cho posted a nifty illustration on his blog that he did with Darwyn. See it here.

Will Kane has a nice bit about the Parker books. the movie versions and Darwyn's work on his blog here. He also has those spiffy Parker illustrations by Darwyn that were given out at some conventions last year. 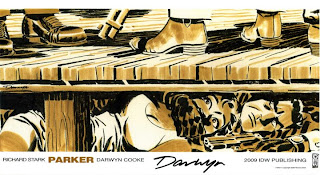 Coming in May from DC Direct is a boxed set of action figures from the New Frontier. It includes Batman, Superman, Green Lantern and Wonder Woman (with a new head sculpt) as well as a copy of the New Frontier special published last year.

that's it for this week - send those postcards!
Posted by Calum Johnston at 12:20 PM

This is Will Kane of the "World of Kane", thanks so much for linking to my blog.